A Quick Introduction to Sous-vide

Jul 20, 2017 Cheryl Beckman Food Comments Off on A Quick Introduction to Sous-vide Like

If you’re a keen cook, you may or may not have heard of sous-vide before. It has been referred to as the “most important technological advance in the kitchen since the microwave” according to this article from the Guardian , so what’s it all about?

Sous-vide (pronounced soo-veed) is a French term that means ‘under vacuum’, and sous-vide cooking is a technique where the food is vacuum-sealed and then immersed in a temperature controlled water bath.

The temperature of the water is precisely controlled and while this technique of cooking takes longer than other methods, it is extremely simple and foolproof, while producing incredible results. For this reason, it is used in fine dining restaurants the world over by top chefs! 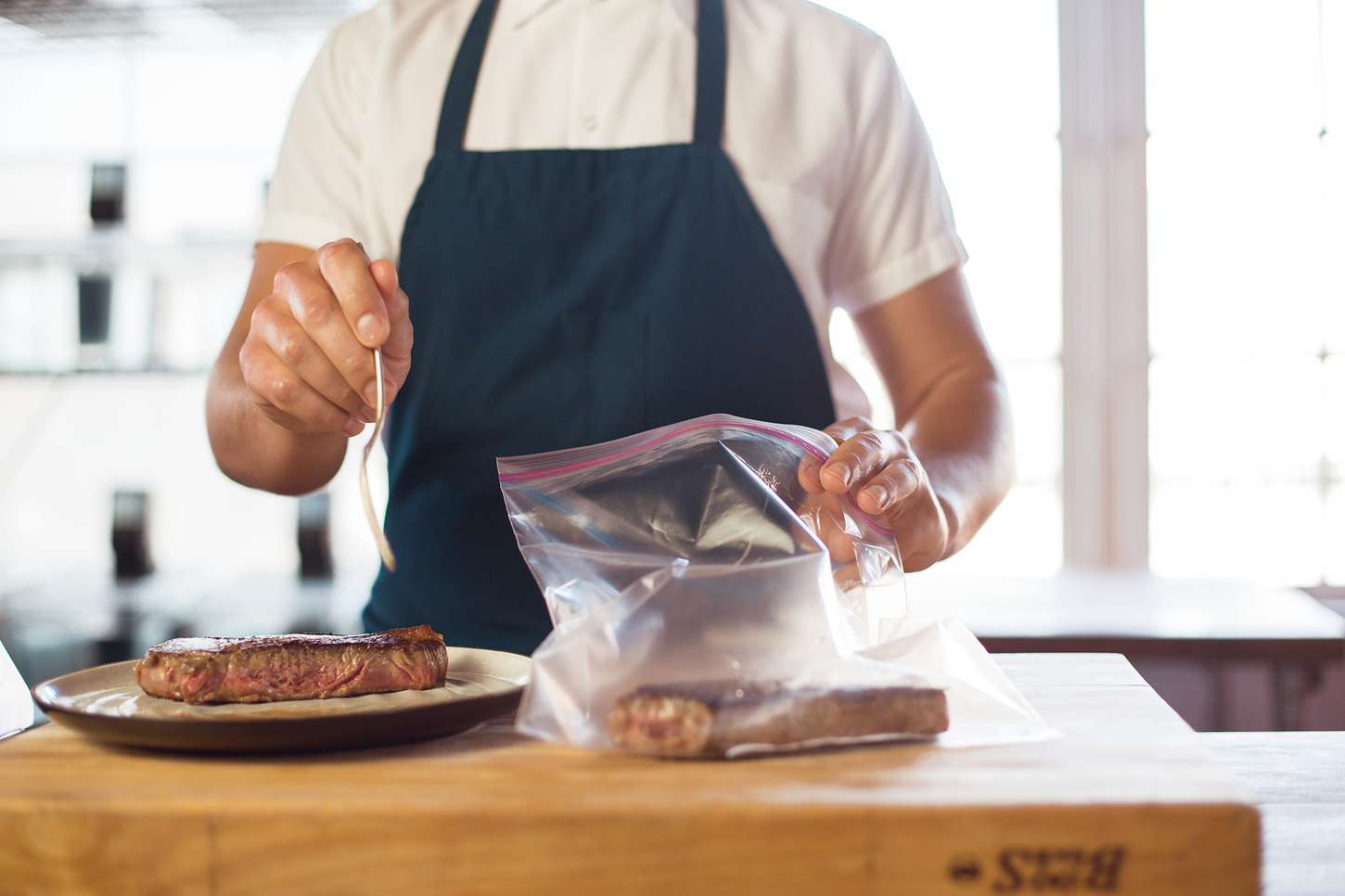 The method was first adopted by Georges Pralus, chef for the Restaurant Triogros in Roanne, France in 1974. He noted that when foie gras was cooked sous-vide it was cooked to perfection and did not result in as much shrinkage as with other cooking methods.

In the simplest of terms, sous-vide cooking has two parts; vacuum sealing portions of food in a plastic pouch, and immersing them in a water bath. You may find best vacuum sealer here.

The water is heated to a specific temperature, which is set depending on the type of food and things such as the weight, and this temperature is maintained throughout the entire cooking time.

How long particular a food needs to be cooked for and at what temperature will be very different for say, a bunch of asparagus, compared to something like a duck breast fillet, but this is easy to figure out using a guide like this handy sous-vide cooking time calculator from Sous-vide Tools .

Cooking times for sous-vide are the minimum time required, and it isn’t possible to overcook your food by leaving it too long, it will simply retain its temperature without becoming any more ‘done’.

When cooking sous-vide, things such as steak will need to be given a quick searing once removed from the water bath, but this results in a perfectly cooked steak, all the way through with a thin layer of browning, rather than the typical heat gradient you may be used to.

Sous-vide cooking not only locks in moisture and seasoning, making for flavourful and tender meat and vegetables every time, but it also does not cause anywhere near as much shrinkage as other cooking methods.

It’s also impossible to overcook food this way, so you can get it perfect every time. Poached eggs are a great example of something that can be tricky to master, but can be perfected easily when done sous-vide.

If you are a fan of batch cooking or slow cooking, then sous-vide will make both of these things a lot more convenient. Save yourself time by portioning up several pouches of the same meal and cooking them together in the water bath, then refrigerating or freezing for later. Or why not put your meal in the water bath while you do chores or run errands, confident that it won’t be overcooked when you return?

We hope that this has given you an insight into the method and benefit to sous-vide cooking, so you can turn it up a notch in the kitchen!