Feb 09, 2018 admin Coffee Comments Off on TYPES OF COFFEE Like 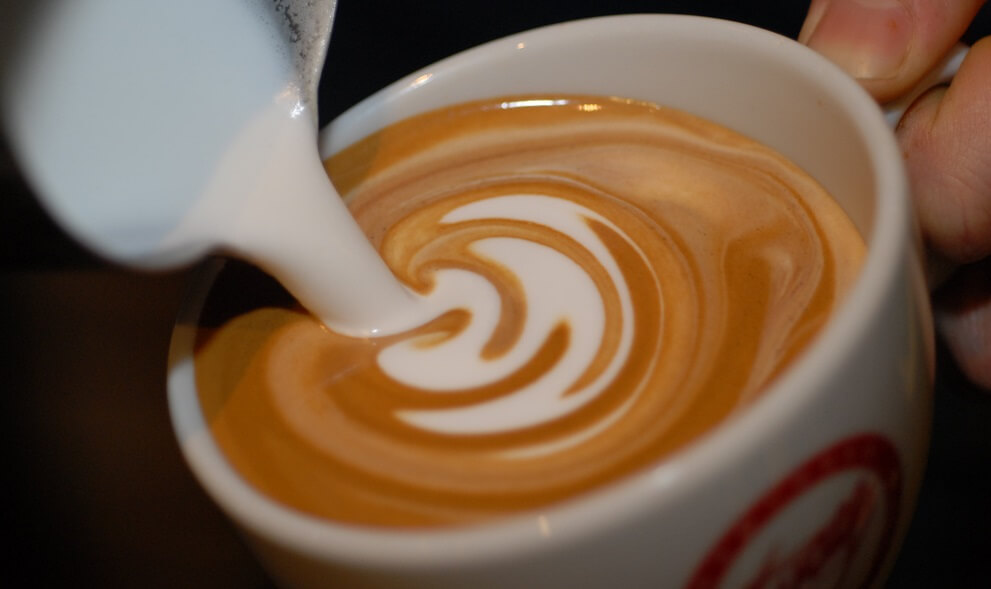 This is the most well-known type of all coffee drinks. It is often known as expresso for its Italian origins, or the word’s adaptations to Spanish and English: exprés or express. In some English-speaking regions it is known as black coffee, while in Spanish-speaking areas it is known as café solo or pure coffee.

The name of this drink alludes to its rapid preparation. It is composed only of 30 mL of coffee infusion. The preparation is relatively simple; simply pour boiling water over ground coffee beans for 20 to 25 seconds.

Black coffee is usually served in small glasses, not much larger than a shot glass. However, expresso is more commonly seen served in a small cup, whose size depends on the amount of liquid it holds.

This is one of the simplest forms of preparation, and for that reason, the quality of the bean is fundamental to obtain a good drink. You can learn more about the bean quality and preparation on most coffee tours. It is generally recommended to use 100% Arabica coffee. One type of Arabica coffee that is of high quality and an affordable price is Java coffee.

Additionally, due to its versatility, black coffee has given rise to a multitude of variations. One of the simplest is coffee royal, which differs from black coffee by adding a portion of sugar dipped in chartreuse . In case you do not know, chartreuse is a French liqueur of high proof.

The cortado is one of the most popular types of coffee. It is basically a black coffee with a little bit of milk. It is served in a small cup, usually a miniature one called a demitasse .

It is quite common that, when ordering a cortado in a bar, the waiter will ask you how you would like the milk: cold, room-temperature, or hot. Many places will serve you a cortado with evaporated milk, which is what leads to that delicious foam that characterizes this type of coffee.

The cortado has quite a wide variety of names. It is mainly known as expreso cortado, or simply cortado, while in the north it is known as Ebaki. In Latin America, it can also be called cortadito or marrón. In French-speaking areas it can be referred to as café noisette. In areas of the world that are recognize and serve the cortado, you can learn more about it on coffee tours.

However, this type of coffee is not so widespread throughout the rest of the world. Often, in some English-speaking or central European countries, people may not understand any of these terms or simply will not know what you are trying to ask for. Therefore, a good piece of advice in this case is to order an expresso with milk.

The cortado has two “brothers” so characteristic that they rival its popularity. The differences between them are small and may cause less experienced establishments to serve you a normal cortado instead of one of the other variations.

Types of Coffee with Milk

This is the older brother of the cortado. It is served in a large 200-mL cup, half filled with coffee and the other half with milk.

This is the perfect companion of informal afternoon chats, study nights, hard work, and can even turn out to be a stupendous supplement for any breakfast. It is one of the most popular types of coffee.

Its origins date back to around the seventeenth century. However, it was not until towards the late nineteenth century that it became known globally, thanks to the American writer Willian Dean Howells. He named it in one of his books in which he told of a trip through Italy.

Since it is so popular, coffee with milk has the advantage of being easy to sample on coffee tours and find in any coffee shop in the world. In most cases, it is simply a question of literally translating the phrase “coffee with milk” to the language of the region where you wish to order it:

However, without a doubt the three most international names are: “caffelatte,” “latte,” and “coffee with milk.” With these three phrases, you will have practically no problem enjoying this pleasant form of drinking coffee.

In addition to the classic form of preparation, there are a wide range of variations that enrich the experience of drinking it.

I am the founder of www.hiretravellers.com , we are a travel agency that is focused on music, dance and coffee trips around the world. We mix passions and travels!